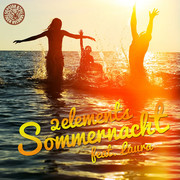 Female Tiger duo 2Elements rock the world with their explosive performances and dj sets that everybody dance and nobody can stand still even for a second. 2Elements have the knowledge to read their crowd and play to them what they really want and offer them unforgettable party moments.

Their current single Sommernaucht featuring the sweet Laura on vocals follows the very successful trend of deep house with electronic and retro elements that seems to catapult the charts particularly in UK at the moment. Flirting, refreshing, playful, happy, optimistic and truly positive relaxing anthem that will make you think yourself somewhere in the beach along with your friends having fun and carefree good times.

If you want something more upfront and powerful 2Elements deliver for you their club mix that smashes deep sounds in the breakdown with fat beats and aggressive basslines on the drops to make the crowd jump and dance. Superb guitar riffs coming from the 70's and flower power Make Love Not War atmosphere prevails on this track that will definitely smooth the edges and ease the pain in the breakdown and energise your senses on the drop!