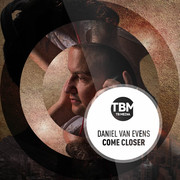 At the beginning of the year 2019 DANIEL VAN EVENS thought about the production of a song that should be simple & simple with pertinent lyrics. The people on the street at the club or festival, usually do not want to think much about it, disconnecting from everyday life Closer "to be born. With a melody in his head, which he first buzzed into his cellphone and later replaced with brass samples in the studio, he was able to feel that song for the first time. From then on, he thought, if I already feel something, then do other people feel about this song?
The mixing & mastering provided Maywaldmusic.
Already before release he already received remix requests for the project of DJ's & producers. Even better, before that came an official video shoot to the song. There he invited good joy from himself to the peninsula pouch. Plus the attractive Louisa with Brazilian and Italian roots. In addition there is the dance teacher Nelson from Angola tribes. Both live in Germany. This reached DANIEL VAN EVENS via social network calls, they heard a sample of the song and were excited about it. Now they became part of the project. The idea or the script for the clip comes from Daniel himself, as a bartender at first a quiet and to the end, wild guest appearance lies down.

"Come Closer" is already very close to you?