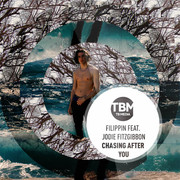 FILIPPIN (real name Lorenzo Filippin) - an 19 years old DJ | composer | producer – was born and lives in Carpi, an Italian city not far from Maranello, the home of the Ferrari Cars. He is at his last year at the high school Liceo Fanti.
He started to create music when he was about 15 years old. Influenced by the style of Marshmellow, Martin Garrix and Avicii, just to name a few! He licensed his first tracks to an independent label under a pseudonym, when he was 16. FILIPPIN had also a cooperation with Fedo Mora - a famous Italian DJ behind the single "After The Rain " which was on the charts worldwide.
After some experimental productions mainly instrumental, FILIPPIN has now started following a more Pop | EDM -dance style. IT'S SUPERNATURAL, released in december 2018, has been the first track of this new era and has been charted by many dj in Europe. Many radios, in Italy and abroad, given airplay to IT'S SUPERNATURAL. The new single (release date the 5th of april), is I DON'T EVEN CARE a track where the irony of the lyrics as expressed by the vocals meets a great dance track by FILIPPIN ft. Chiara.

Jump now into a new adventure and listen to the stunning track of FILIPPIN ' s “Chasing After You”!