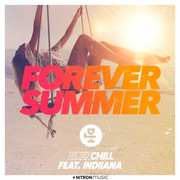 DRENCHILL brightens summer 2020 with his new single "Forever Sommer“ ft. INDIIANA!
Who doesn’t like forever summer ?
When DRENCHILL released his re-working of Gala’s classic “Freed From Desire” in November 2018, no-one could have predicted what would follow. The song spread through European dancefloors like wildfire and became a smash hit in Poland and most of Eastern Europe and in Russia - hitting the number 1 in the official single charts, #1 Shazam, #1 Airplay, #1 Spotify Viral and over 50 million YouTube views. It earned him his first Gold and Platinum Records as well as performances in clubs, at festivals and on TV shows. He even played at a stadium in Chorzów, Poland in front of an audience of 40,000 people and “Freed From Desire” was 2019’s most played song on Polish radio!
His last single “Never Never” was also hugely successful with nearly 10 million streams and 13 million YouTube views. Now, DRENCHILL delivers his next big track…
On his brand new single “Forever Summer” he worked again with INDIIANA. She already sang the lead vocals for DRENCHILL's biggest successes – those two are just a perfect match! “Forever Summer” satisfies with a powerful sound – typical, infectious DRENCHILL beats, melodic vocals and that unforgettable accordion tune. Again an absolute banger!
“Forever Summer” by DRENCHILL FEAT. INDIIANA will be released on 5/8/2020 through Nitron Music – the Dance Label of Sony Music Germany!