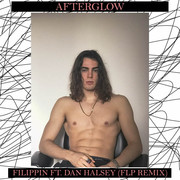 Today - on June 19th 2020, the italian 20 years old rising star producer/dj FILIPPIN releases a remix of his new single “Afterglow”. A cool seductive and powerful bass vibe marks FILIPPIN’s working with DAN HALSEY, talented singer from UK. About the remix FILIPPIN said: "'Afterglow'" is one of those tracks that makes you dream. The cool sound gave the track new sensations. I’m really happy with the end result! On the other side I am sad about this Coronavirus times: hope all this came soon to an end."

On working with the UK singer, FILIPPIN said: "I've always loved collaborations with new artists from different genres. Dan sang "Afterglow" very well (I personally followed him during the recording session), and I’m hella pumped about the way it turned out and excited for the world to hear it.”

“Afterglow” comes on the heels of FILIPPIN's latest tracks, "I don't even care" #28 on USA Billboard Dance club charts, and "Chasing after you” featuring Jodie Fitzgibbon reaching about 100K in streaming on Spotify and still climbing.


About FILIPPIN: Influenced by the styles of dance music stars like Marshmellow, MarSn Garrix and Avicii, Filippin started creating his own music at the age of 15. He licensed his first tracks to an independent label under a pseudonym when he was just 16 and has collaborated with the famous Italian DJ, Fedo Mora on the single "After the Rain" which went on to climb the charts worldwide.