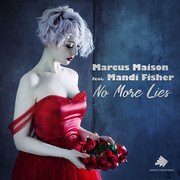 INFO about MARCUS MAISON
"Marcus Maison (Maison & Dragen) Marcus Maison, formerly known as DJ Maku L, is a Finnish heavy weight DJ and also one of legendary producers. Together with Will Dragen, he has been creating some of the most uplifting and euphoric dance music since 2010. He has worked together with some of the biggest names in EDM, including official remixes for Armin van Buuren, Paul Oakenfold, Martin Solveig, W&W, tyDi, and Starkillers as well as a diverse group of pop artists such as Sia, Christina Aguilera, Flo Rida, Kelly Clarkson, Nadia Ali and Kris Allen. Marcus is one of the most versatile Finnish DJs. A proof of his DJing skills is that already at young age he has been voted as the 2nd, 3rd and 8th most popular Scandinavian (Nordic) DJ by Megamind.se. In 2005-2009, Marcus Maison was the main resident DJ for Chivas Regal as they toured around Asia packing the clubs to maximum capacity. The legendary Finn is no stranger to the dance music world with over 15 years of DJ experience from clubs like Escape in Amsterdam and Catwalk in Guangzhou to festivals like Love Is Festival in Moscow and Weekend Festival in Helsinki. He has played alongside the world’s best DJs like Tiësto, Armin Van Buuren, Hardwell, Avicii, Ferry Corsten, Deadmau5, David Guetta, Axwell, Sven Väth, just to name a few.

Info about MANDI FISHER
Mandi Fisher has been singing since the tender age of 7 years old with her father as her biggest supporter she has perfomed on some of the biggest stages and worked on some of the biggest tv shows and won numerous awards and achievements.
Mandi has performed and worked with stars such as Heather Small (M people), cheryl cole, danni minogue , simon cowell, geri haliwell, the overtones, gareth gates , ricky tomlinson and many more on stages such as the liverpool empire theater , the royal philipharmonic hall , st. geroges hall , 02 arena and amazing venues across the UK!
Mandi was first seen on TV on stars in their eyes kids at the age of 13 as doris day.
Then appeared on BBC all together now in 2019 singing her way into the final 2 sing off on the episode. Mandi has since went on to sing at award shows , celebrity functions, festivals and many more and has been recording vocals for song writers from all over the world.
Mandi has gained a respectable following on social media with some of her videos hitting 1 million views on facebook.
Mandi is known for singing songs with meaning and positvity and loves to share her music journey with all her online supporters.
Mandis first collab song release was in 2012 with the label CLUBLAND called you got the love - sosumi ft misy dj this went onto numerous clubland albums and even becomes one ibizas most played songs in the summer of 2012 working alongside steve cocky and lee butler.