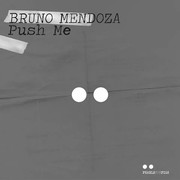 Push Me The e.p created by BRUNO MENDOZA has a beautiful vocal and Spanish guitar. BRUNO who lived in Spain had a coexistence with the Spanish gypsy culture, eventually learning about the compasos and the flamenco guitar. The combination of voice and guitar brought the beginning of the song Push - The guitar created by BRUNO led to a beautiful song. Together with their production partners they will release 3 remixes. Pedrassani music producer from Lucas do Rio Verde leads a European techno trainee with old Berlin style melodies. Ulis music producer from rondonia presents his melody version of the song with a nice harmonic symphony. Carlo Medel, the young Mexican producer, presents us with the remix of Tech enveloping the song. The original mix of it comes from his predominant production style in the career of BRUNO MENDOZA who was always on the EDM stage, his original version is a very epic Big Room with aspects of his edm productions, the producer also presented Summer Mix the summer version ist proposal is European with typical and clean sounds of classic house.