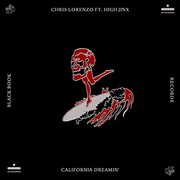 Today, CHRIS LORENZO released “California Dreamin’” ft. HIGH JINX via Black Book Records/Astralwerks. The pioneering UK bass-house producer transforms The Mamas & The Papas’ timeless song into a high-octane dancefloor anthem – a kaleidoscope of a cappella harmonies, throbbing beats, and windswept echoes. Fans have been clamoring for the track to be released ever since social media posts surfaced of Lorenzo, Chris Lake and FISHER playing the record in their summer sets. The Mamas & The Papas’ 1965 single, which CHRIS LORENZO samples, exemplified the California sound of the era and was named as one of the “500 Greatest Songs of All Time” by Rolling Stone.

“This track was originally made as a DJ tool. I take no credit for how well it has been received as all I did was threw some drums, an 808 and some FX over a banging acapella,” explains Chris Lorenzo. “You can thank The Mamas & The Papas for this banger. I’m just happy to be able to share it with everybody.”

CHRIS LORENZO is widely acknowledged for pioneering Birmingham’s emergent and increasingly popular Jackin’ house come Bassline hybrid sound, which he simply calls “House & Bass.” He has toured Europe with Skrillex, collaborated with The Streets, Katy B and Sonny Fodera and remixed Disclosure, Ed Sheeran and A-Trak.