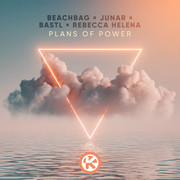 For me the song is about coming out of a very unhealthy relationship, stronger than before. It can also be about people in power / governments, leaders , or just a bad relationship that one is happy to get out of. The lyrics are strongly inspired by characters in Game of Thrones, Daenery and Cersei to be specific. So a bit of a warrior/futuristic style in marketing is maybe suitable.

Biography: JUNAR is a german DJ and music producer. He loved music from the beginning and played drums, guitar and piano from an early age. At the age of 12 he started to produce his own music to bring his skills to public attention. He published his first track at the age of 16 and started dj-ing shortly afterwards. In 2020 he started the project JUNAR to inspire his fans mainly in the genres of slap house and future house. He succeeded especially with the cover track "Down", which was created in collaboration with Lukem and Adam Veldt and reached half a million streams on Spotify after only a few months.

BASTL is a german EDM Producer based in Germany, Bavaria, Passau where he was Born in the 2000´s. With 20 he started to work with the DAW „FL Studio“ and learned to make own Tracks. He released on Labels like: Kontor, FHC, Swutch and more. In a Short time he reached more than 3 Mio Streams on Spotify and more than 1 Mio People listened to his Music. I November he will Play on the Electric Zone Festival.