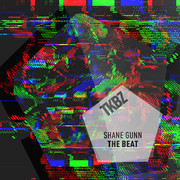 SHANE GUNN is back! Shane Can Türkili aka. SHANE GUNN is a musician and producer with heart and soul. His catchy tunes, special songwriting and sophisticated productions speak a unique language. SHANE writes with the most successful authors, not only in Europe and the USA, he is also present in Turkey and Australia and there his talent and know-how is in demand. In his long and continuous musical career, he has had the honor of working with producers who have definitely made music history. To name a few: Curtis Richardson - who worked with Hardwell, Jennifer Lopez, Rhianna and many more, Dimitri Ehrlich - which has worked with the legendary Moby, Westlife and many more. In addition, he organizes with great success and true passion International Songwriting Camps, for songwriters, producers and singer colleagues from around the world. Where among others, also names like to name a few the successful producer Kevin Charge from UK who could already successfully record 41 number 1# hits in Asia, the producer and writer Rob Davis also from UK known by the mega worldwide No.1# hit "Can't get you out f my Head" by Kylie Minogue, Rob Agostini from Australia who landed in 2019 with Dido at number 1# on the US Billboard. He is currently working on his own DJ projects SHANE GUNN - It's a mix between underground and mainstream house music. It will get released on the established dance label TOKA BEATZ. SHANE has currently been writing/producing with well known house artist Corey Andrew from New York. At the moment he is weekly every Friday on air with his House music radio show The Power Hour on 54House FM.