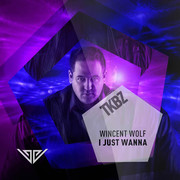 A NICE SUMMER SONG WITH A LOT OF MEMORIES IS READY. Enjoy!

WINCENT WOLF, whose real name is Jérôme Planas, discovered his absolute passion for electronic music at an early age. Supported by his parents, he completed his elementary school years in schools with a musical background, and after his lower secondary schooling, he earned his Matura in a higher technical school. Afterwards, he completed his undergraduate studies in International Economics at the Leopold Franzens University in Austria and then completed his second degree in Germany at the Private University for Media and Communication as Bacheloar of Arts. He is currently working on his third degree in Audio Engineering and Sound Design to optimize his producer skills.

His musical career started in a small club in Western Austria in 1997, which was the first pure techno club in the region. There WINCENT WOLF, known as DJ JEROME at that time, played with all the famous names of the scene and could expand his network extremely. Performances all over Austria, Switzerland, Germany and Italy followed and the project WINCENT WOLF alias DJ JEROME enjoyed international popularity. Various partnerships with HOUSEWORKS Rec. and longtime resident engagements in big clubs support the success of the project. Performances at big events like the Energy in Zurich with over 30.000 guests, his own Truck for several years at the biggest party in the world, the STREET PARADE with over 1,4 Mio. ravers, regular gigs at home and abroad finally led WINCENT WOLF to his current management UNITED EVENTS in Slovenia, who was impressed of the smart artist with Spanish roots and since then they promote his talent and expand the brand WINCENT WOLF internationally. Releases on major labels like REVEALED REC. or MIXMASH REC. and many other labels, shows at the biggest festivals in the world like the ULTRA MUSIC EUROPE FESTIVAL followed and brought WINCENT WOLF to the next level.

For 2022 about 20 more releases are planned and tours through INDIA, THAILAND, MEXICO, the USA, CROATIA and also CHINA are in planning, but also shows at the biggest festivals all over the world are close to be fixed. Performances in Poland, Slovenia, Czech Republic, Croatia, Spain, Switzerland, Ukraine, Russia but of course also Germany and Austria fill the agenda of WINCENT WOLF in 2022 also.