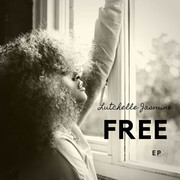 JASMINE first entered the music industry back in 2017 with her first single titled "You" produced by JoeEazzy. Beginning to write and perform new songs at local venues she soon created quite a buzz in Bolton and Greater Manchester. In September 2018 she released "London Town" produced by Sonus, a single that features a reggae urban vibe and a fabulous introduction to her playfully sexy vocals.

October 2018 saw the release of the up tempo, Afrobeat Joint, titled "Trouble" produced by Sonus, this song showed a more playfully loving side with introduction to higher notes and a pop feel. In March 2019 Jasmine teamed up with SK World on the single "Man Down", a taste of Urban Afrobeat. September 2019 JASMINE featured on Ssaay's single "Sueltalo" a sexy latin number that showed off her vocals and versatality. After much anticipation, the highly anticipated debut is underway with more features and releases in the works for 2020.

The song "Free" is about a journey of doubt, uncertainty and trying to find purpose within one's self. This thrilling and liberating song is an anthem for anyone who wants to be set free, free of expectations, free of social conformity, free of the need to be accepted and wanted by others. The song is written by JASMINE and serves as a journey of finding one's identity through freedom.
"Come My Way" is an emotive story about finding love and the trials of staying in a relationship through ups and downs. Anyone who has felt the test of relationships can relate to the feelings and emotions expressed, the chase, the joys of a relationship and moreover the challenges that can be faced. This melodic arrangement is written by JASMINE and was produced by Sonus.