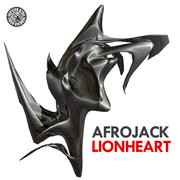 Tiger Records label means 100% strictly club pleasures and the brand new release by the Dutch superstar hero and Tiger records resident Afrojack is not for the weak hearted. As the title suggests you must be 100% sure and committed to its mission as it's a massive hit strictly for all the Lionhearts out there. Afrojack is an unstopable party machine that has the mission to rock your floors without mercy. Lionheart is a mixture of dirty dutch, electro house and epic prog house sounds on that Afrojack style that many try to immitate but of course only one on this earth is Afrojack.

It uses warm melancholic strings in his breakdown while a quite subconsciouss squeeky melody plays on the background until the track to load with huge drum rolls and then to release all the pleasure on the big climax with rough edgy pumpin beats and dirty electro basslines, old vocal samples and tons of energy thrown in to keep the clubbers jumpin. Lionheart is a truly underground jewel that will catapult the dancefloors and the well known dancecharts. Simply irresistable ! Love IT!

Afrojack at it's best!
Watch Out For The Upcoming Tiger Album :: MIAMI WEAPONS 2012 !